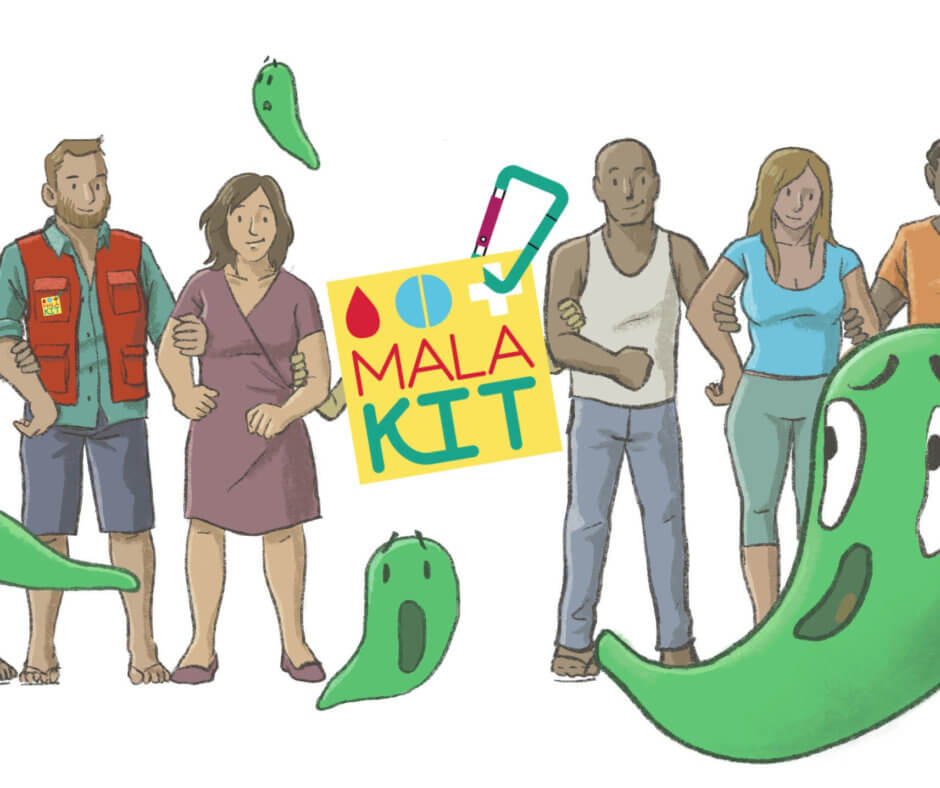 After two years of hard work in the field, the pilot phase of the Malakit research project ended on March 31, 2020. 4,750 malaria diagnosis and treatment kits were distributed to 3,880 people working on the gold mining sites!

A few figures while waiting for the final report :

We would like to warmly thank all those involved in the project, especially the mediators who patiently and diligently trained the gold miners every day in the use of the kit. The scientific, associative and institutional partnership of the three countries involved in this project (France, Suriname, Brazil), with different health contexts and languages, has been a real challenge, successfully met thanks to the involvement of everyone.

The international end-of-project Malakit meeting, initially scheduled for April, is postponed to the end of 2020 in view of the current health context related to SARS-CoV-2.

Malakit distribution continues in Suriname with the SWOS association under the aegis of the National Malaria Control Programme of Suriname!

This project received funding from the European Union with the IACP Fund (Synergy No. 3949), the Regional Health Agency of French Guiana, the Ministry of Health of Suriname with the Global Fund to Fight Malaria, Tuberculosis and HIV, the Ministry of Health of Brazil, the Pan American Health Organization, the Cayenne Hospital Center, and the French Development Agency.