The operational research Malakit project was implemented in April 2018 and ended in March 2020. It aimed at evaluating the efficacy of distribution of kits for self-diagnosis and self-treatment to increase the appropriate use of test (RTD, rapid diagnostic test) and treatment (ACT, artemisinin combination therapy).

An appropriate use corresponded to the performance of a RDT while experiencing malaria symptoms, the correct decision whether to treat (only if the test was positive), and the uptake of a complete treatment with good observance. 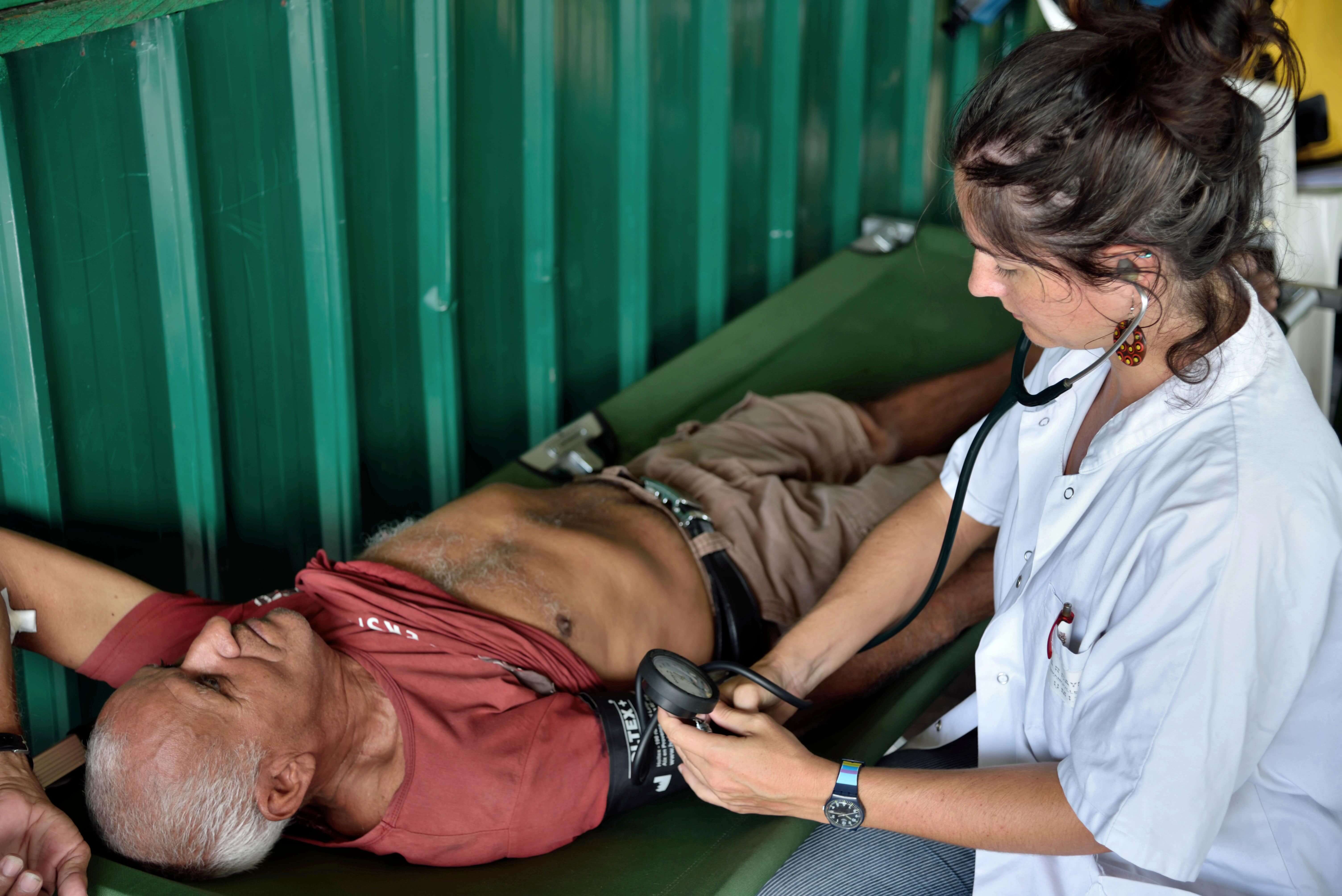 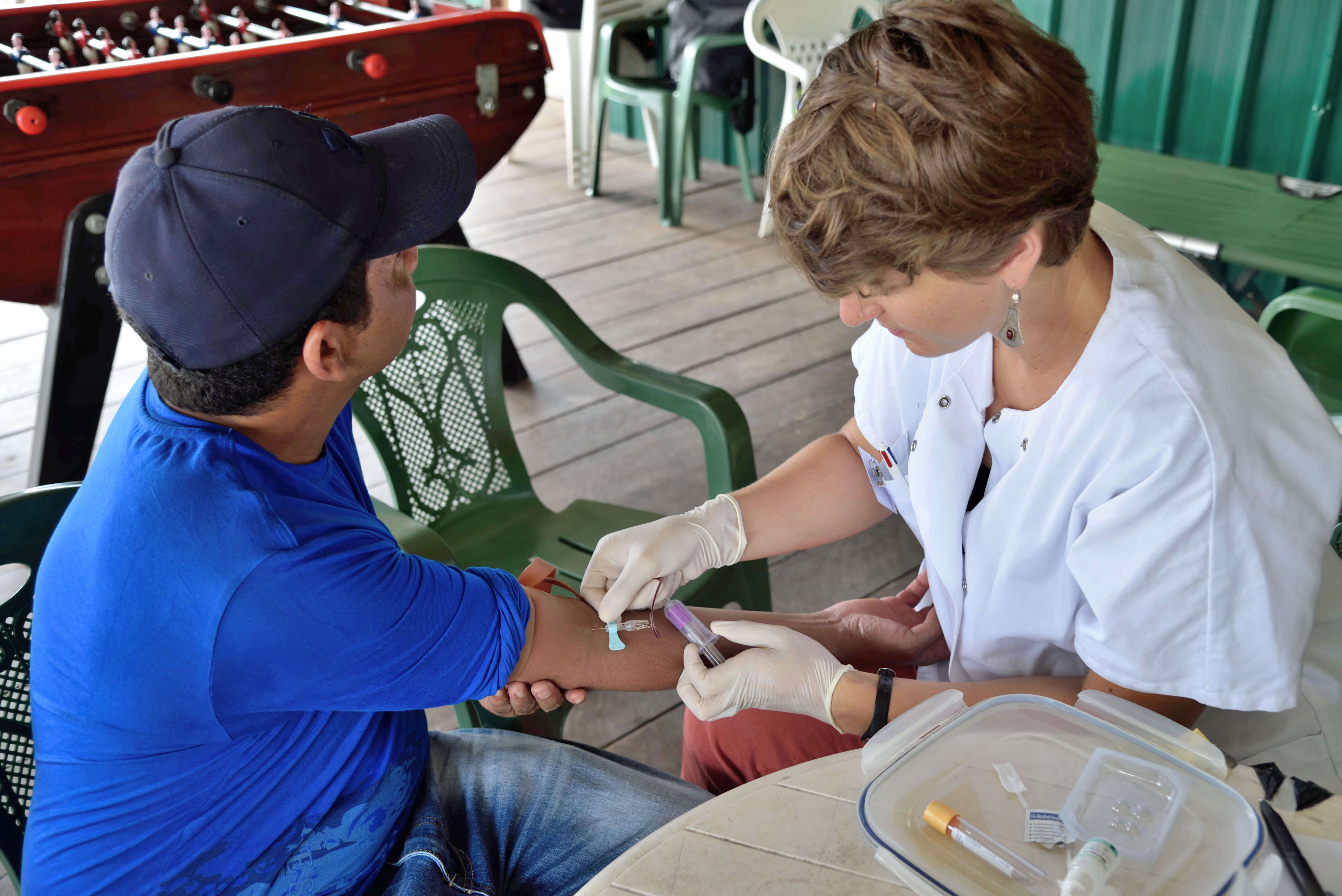 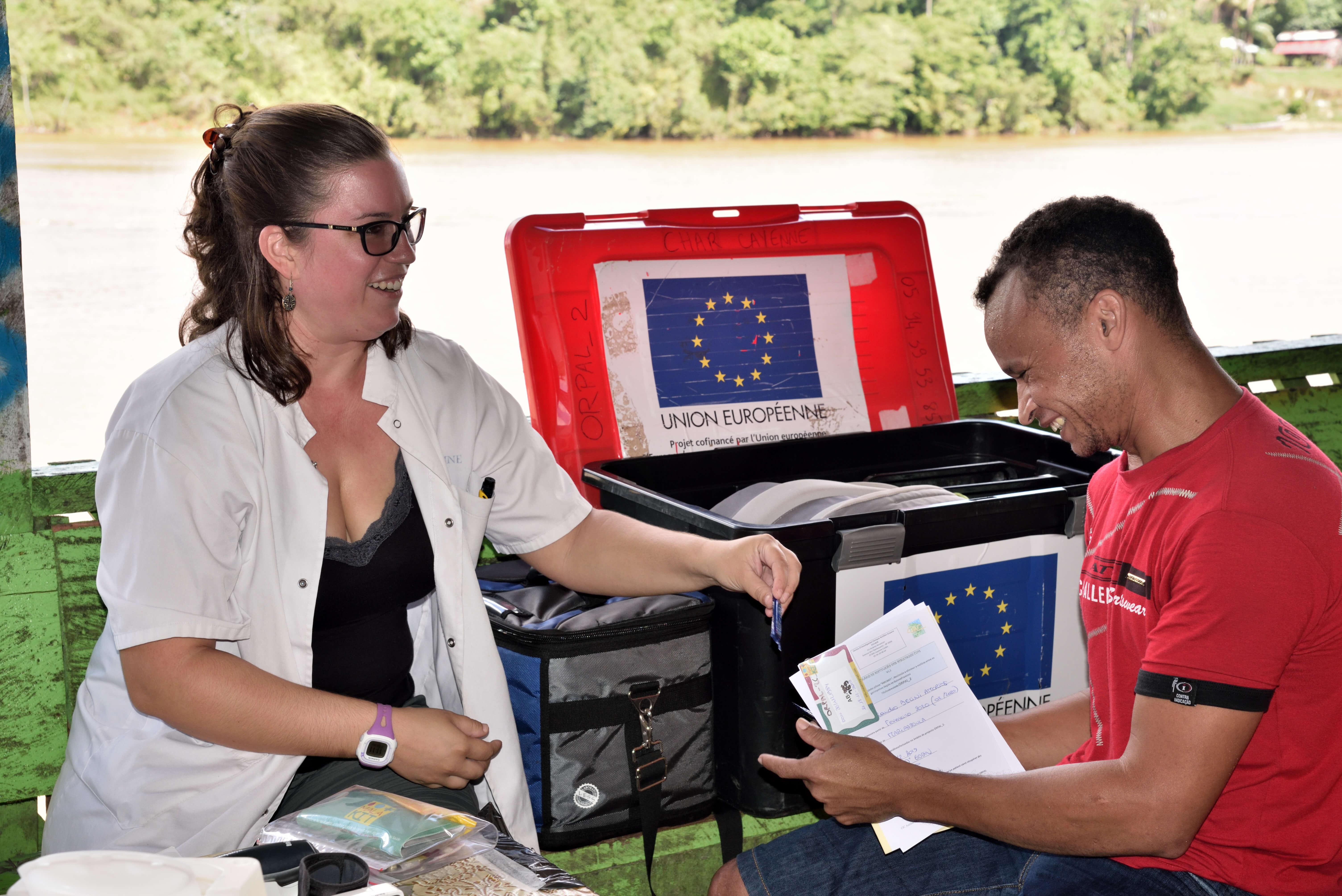 During this 2-years pilot phase, 4,766 kits were distributed to 3,733 participants in the Malakit study.

A malakit was used by 37% of the 91 people with malaria symptoms since the beginning of the project. Of the 27 people who had self-medicated after the start of the Malakit project, six went then to a distribution site to take part in the study. 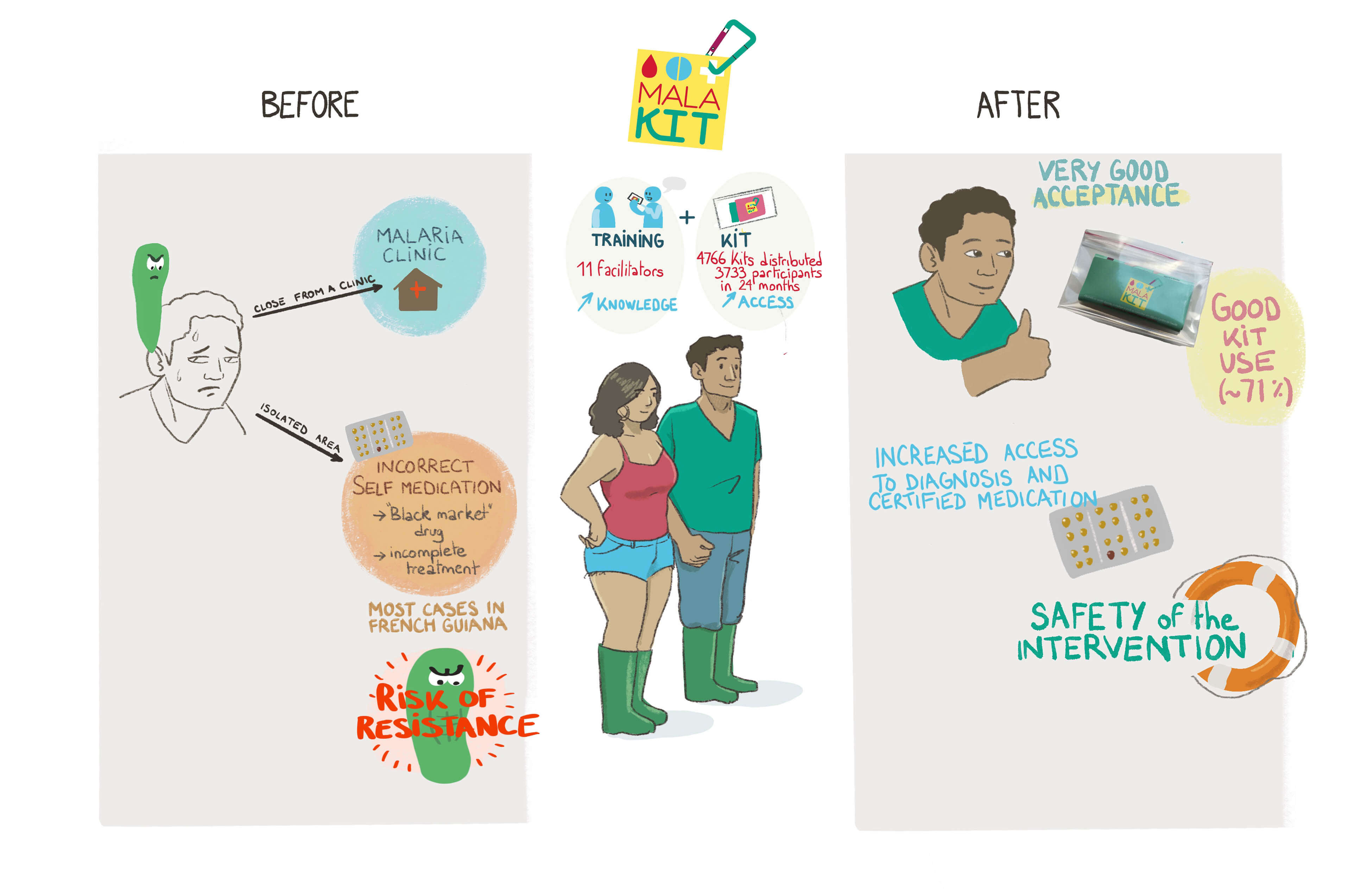 Of the 631 participants attending a longitudinal follow-up at Malakit inclusion sites, 223 participants reported having used a malakit: 71.7% [65.8-77.7] had used it correctly with either a complete treatment taken after a positive RDT or no treatment following a negative RDT.

Good acceptance of the project

These data were confirmed by a qualitative study performed in 2019 by Pr André-Anne Parent from Montréal University. This study confirms that the study population considers malaria to be a major health problem and that the economic consequences of the disease are an important concern, with physical fitness being seen as an indispensable resource for gold-mining work and the income derived from it. The free distribution of malakits is considered to be the best solution against malaria, especially in opposition to medication accessible but costly in the forest.

The participants express a relationship of trust, even friendship, with the facilitators, builded and consolidated during the study period, in spite of some initial mistrust at first which dissipated quickly. According to the facilitators, the initial worry became less and less perceptible as the project progressed.

The cross-sectional Orpal studies evaluated the prevalence of Plasmodium in the population of gold miners working in French Guiana, using a species-specific PCR based on the Shokoples et al. technique.

Few adverse events were reported without concern from the Data Safety Monitoring Board (DSMB).

Further analyses are still in progress such as the modeling of the impact of the strategy on the regional malaria epidemiology or longitudinal analysis to assess the evolution of kit use by participants who reported several episodes of malaria symptoms.

This innovative international project shows that people with little education can be trained to self-care for malaria and change their behavior.

This strategy could be a new tool for malaria control in other regions facing a similar situation.